Since its invention more than 100 years ago, PVC is made predominantly from fossil fuels. Some countries, including Brazil, used sugar instead as a starting material but that’s also not without controversy.

But times are changing – and INEOS Company, INOVYN is at the heart of one monumental change.

Instead of purely gas and oil, the INEOS-owned company started using biomass to make its latest generation of PVC. The beauty of this, as a raw material, is that it is not only renewable but it also does not compete with the food chain.

“No one else has done this yet,” said Filipe Constant, Business Director, INOVYN. “It’s a world first, and it also delivers a greenhouse gas saving of more than 90% compared to conventionally-produced PVC.”

The new product is BIOVYN™ – and interest is now flooding in from all corners of the globe, including Australia, America and Turkey.

To make it happen several key pieces of the jigsaw first needed to come together.

INEOS O&P in Köln, Germany, was instrumental in securing the biomass – the raw material – to ensure it could satisfactorily be converted to bio-ethylene.

And converting this bio-ethylene to produce BIOVYN was only made possible through a robust and transparent standard developed by the globally-respected Roundtable for Sustainable Biomaterials (RSB). Once the jigsaw was complete, INOVYN needed customers.

The Roundtable on Sustainable Biomaterials, whose global mission is to support best practice for sustainable biomaterial production, is full of praise for INOVYN.

“This product is a true leader in the emerging circular bio-economy,” said executive director Rolf Hogan. 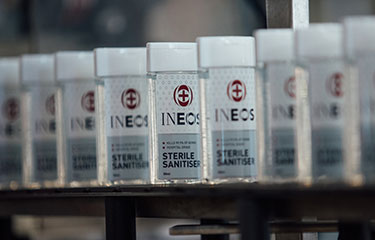 HANDS-ON – INEOS HAND SANITIZER HELPS THE WORLD IN THE FIGHT AGAINST CORONAVIRUS.

From the moment the coronavirus took hold, INEOS has been committed to stopping its spread. Find out what INEOS Hygienics is doing to help fight against Covid-19, including the production of an INEOS hand sanitizer. 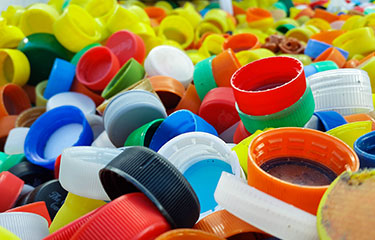 INEOS partners with Forever Plast to recycle over 6.5 billion bottle caps in the next 5 years back into high quality caps. Read more about INEOS efforts in plastic recycling. 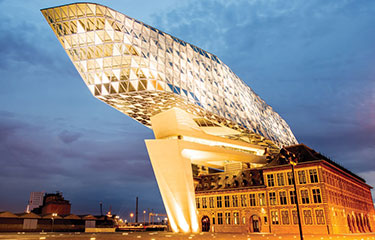 PROJECT ONE. RAISING THE BAR FOR THE CHEMICALS INDUSTRY.

INEOS is building a new energy-efficient facility in Europe and is paving the way for the petrochemical industry to switch to low emission systems.